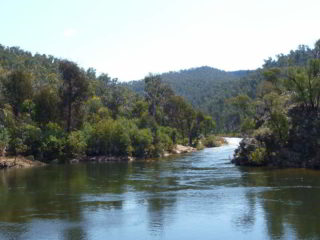 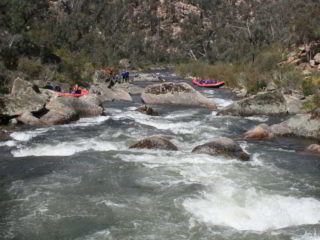 Whenever someone goes rafting white water rapids, it is vital that they have a good idea of what to expect from the river, here is a whitewater classification system. To clarify and simplify this process, all white water rapids are rated on a scale of I to VI. The rapids receive ratings based on a combination of difficulty and danger.
As with any rating system, there is an element of subjectivity. While most commercial outfitters and experienced paddlers are able to agree on the rating of particular rapids, there will always be discrepancies.  For example, someone believes a certain rapid should be Class III, while another person believes it should receive a class IV rating.
Here’s the disclaimer: the classification system is only a guide. Most rivers are a combination of the classifications and have varying degrees of difficulties based upon water levels.

The most important thing to remember with the classification system: it has nothing to do with how much FUN a rapid is. The system is based on difficulty and danger, which do not always equate with the “fun factor” of a rapid. There are plenty of class III rapids that are more fun to raft than many class IV rapids.

At Rafting Australia, we use the following internationally accepted rating system:
Class I:
Moving water with a few ripples and small waves. Few or no obstructions.

Class II:
Easy rapids with smaller waves, clear channels that are obvious without scouting. Some maneuvering might be required.

Class V:
Extremely difficult, long, and very violent rapids with highly congested routes, which should be scouted from shore. Rescue conditions are difficult, and there is a significant hazard to life in the event of a mishap.
Such rapids are normally only attempted by expert paddlers.
The majority of rafting companies who advertise class V trips are usually exaggerating the classification in order to get more bookings.

Class VI:
The difficulties of Class V carried to the extreme. Nearly impossible and very dangerous. For teams of experts only. Involves risk of life. Class VI rapids are not commercially raftable.

What can change a river’s classification?
First, the class designation may vary with fluctuating water levels. Typically, high water levels increase the difficulty of rapids. However, this is not always the case. Some rapids become more technical and more difficult at lower water levels. Second, the classification system does not take into account the type of boat being paddled. Some rapids may present particular challenges for rafts, while other rapids may be more difficult for a whitewater paddler in a kayak. Finally, major events like landslides or floods can change the shape of rapids, thus altering their classification.
Remoteness also plays a role in the grading of a rapid, an identical rapid (theoretically) situated next to a freeway and the same rapid situated in a remote gorge may be rated differently due to ease of access to emergency services.

The bottom line is that assigning numbers to rivers is inherently subjective.  Rivers are a natural force subject to change at anytime.  Luckily, that change doesn’t happen too often, allowing us to enjoy their whitewater more! 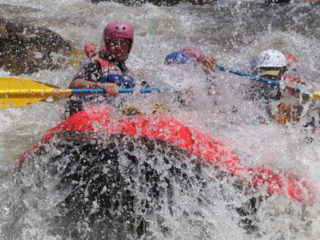 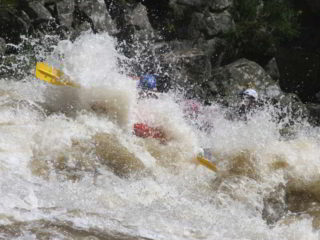